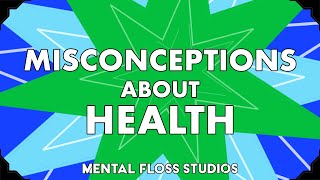 Does cracking your knuckles give you arthritis? How much water should you REALLY drink a day? And what the HECK do crystals do for my health?

In this episode of Misconceptions, host Justin Dodd (@juddtoday) answers these burning questions about your health. Don’t believe everything you read out there, your body will thank you.

Mental Floss is the home for all things curious. Subscribe here for new Mental Floss videos every Wednesday at 3pm est (and don’t forget the bell!): https://www.youtube.com/channel/UCpZ5​​…