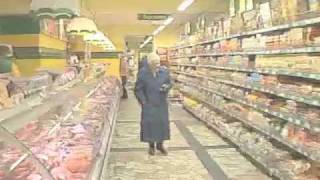 Fatty sausages, pancakes, vodka and occasionally caviar are all part of the traditional Russian diet. Doctors say it is far from the healthiest in the world and that the rate of heart disease in Russia is high — the second highest in the world. Official news media report 16 million Russians have cardiovascular disease. But with the Russian economy shrinking in the midst of low oil prices and a global financial slowdown, Russian health authorities see an opportunity to change the nation’s eating habits. Anya Ardayeva reports from Moscow.